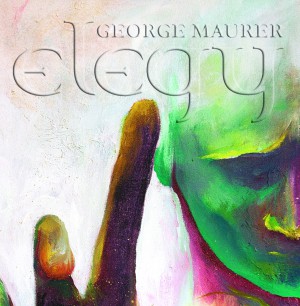 George Maurer’s new solo piano release ‘Elegy’ spans more than 25 years of music, brings him back to his recording roots

Rather, Minneapolis composer, producer and performer Maurer’s latest recording finds him on the verge of new musical paths and reconnecting with his origins.

“Elegy” brings him from the present, via a cut from his in-progress Americana musical “Empire Builder,” back more than a quarter century to his first CD, “Behind the Pine Curtain.”

“‘Elegy’ takes me back to those roots of anticipating nothing other than to create music out of the unknown, to truly improvise and to give a nod, an ‘elegy,’ to the beginnings of my road as a solo artist,” Maurer says.

“Elegy” also acknowledges the relationships, collaborations and resulting compositions he has created along his musical journey, told through the improvisation of songs and stories he has accumulated along the way.

Maurer revisits his 20-year-old self with “The Kite (Revisited),” his reinterpretation of the first song he ever recorded, released on “Behind the Pine Curtain” in 1986.

The title track, too, echoes that first CD in that it’s 100 percent improvisation, Maurer explains. “It’s the one piece that was hands placed on keyboard and just start playing, which was what ‘Behind the Pine Curtain’ was about.”

Another composition, “Which Is My Little One?” sets to music the words of playwright Tennessee Williams, a song Maurer for the past two years has brought to the Tennessee Williams Festival in Cape Cod as part of the “Autumn Song” performance that features Williams and one of his inspirations, Rainer Maria Rilke, in musical conversation.

A solo piano CD marks a major change of pace for Maurer, who recently has been involved in exciting, large-scale projects such as arranging music for full orchestras across the country for the Tony Award-winning “Midtown Men” national tour and composing the score for “Empire Builder,” which he is writing with Anne Bertram, represented on “Elegy” through the track “Morning Train.”

“I wanted to write symphonically and apply it to the piano,” he says.

“I had a need to clear the palate and simplify and go back to my roots because I’m on the edge of re-inventing what I do again.”

Maurer is expanding to international audiences. His music was enthusiastically received during multiple November performances in Germany, and he plans to return in April. “Empire Builder” is set for its second public reading in September, and he has plenty of new projects in the works.

“Elegy” is available at the College of Saint Benedict and Saint John’s University Bookstores and, soon, on Amazon.com.